Report on symposium Recovery in the Global South 4th September 2019 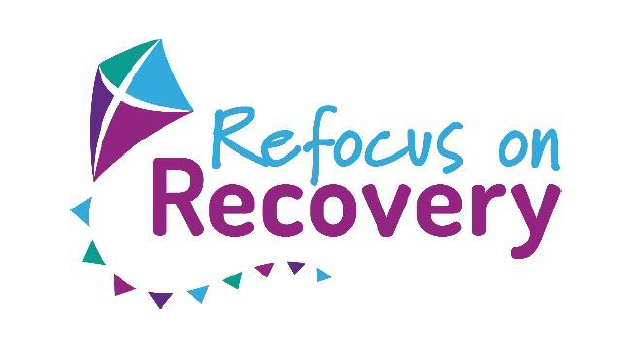 Ursula Read, together with Sumeet Jain, University of Edinburgh, convened a symposium entitled ‘Recovery in the Global South’ at the Refocus on Recovery conference at the University of Nottingham on 4th September 2019. This conference brings together persons involved in recovery research and practice in mental health. The symposium featured ‘lightning talks’ from scholars conducting research in India, Latin America and Ghana and attracted an international audience made up of academics, service users and practitioners. The presentations were followed by a productive question and answer session with members of the audience.

Grace Ryan, LSHTM, presented results of a systematic review of service user involvement in global mental health. In respect of service user involvement in research in low- and middle-income countries, she found only one example from India where people with psychosocial disabilities had been involved in data collection. Grace closed her presentation by asking the provocative question ‘What can we really know about recovery in the global south if we’re not involving people with lived experience in the production of knowledge?’

Ursula Read, KCL, presented findings from research for the Mental Health and Justice project in Ghana on the implications of article 19 of the UN CRPD. She discussed how people with mental illness and their families in Ghana struggle for a ‘normal life’ including work, socialising with friends and family, and having a secure place to live. On top of this they also want to be able to access treatment and be free from stigma and discrimination. Ursula also reflected on the ‘danger of a single story’. A few people voiced aspirations which did not fit into these normative ideals and refused treatment. She ended with asking three questions provoked by her findings: What imaginaries and moral worlds do people draw on to support inclusion? To what extent is recovery and inclusion predicated on the availability of institutions and resources? And what forms of inclusion might bypass the normative?

Sumeet Jain, University of Edinburgh, presented results of research with Kaaren Matthias on the use of a co-produced recovery tool in India. The tool was co-designed with people with experience of mental illness and used pictures to depict different dimensions of recovery. The tool was piloted by peer workers with people with lived experience of mental illness and outcomes explored using qualitative comparative analysis. The tool was found to help identify opportunities for social inclusion and participation. Mechanisms that shaped outcomes included the level of engagement with the tool and the peer worker, as well as the economic conditions in which the person lived. Sumeet concluded that interventions need to address wider socio-economic determinants before we can think about recovery. The concept of recovery in the community is also problematic if the community is itself flawed.

Norha Vera, KCL presented on her research on concepts of recovery with people with mental illness and their carers in Brazil and Chile. She found an emphasis on filling normative gender roles and the importance of the extended family. Participants also identified multiple stressors arising from a context of violence within the home and community. There was not the same division between work and leisure as found in European and North American models of recovery, with people anxious not to be perceived as ‘lazy’. In terms of recovery goals people sought economic security and particularly aspired to return to education as this has high prestige. They also valued a sense of belonging – such as being included in celebrations without fear of them taking alcohol or drugs. People with mental illness complained of a lack of alternatives to pharmaceutical treatment and the stigma of diagnosis. For family members however psychiatric diagnosis gave them legitimate status as a carer, for example if seeking social benefits or leave from work.

In discussions following the symposium, Soumitra Pathare asked what forms of peer support might exist outside of formal mental health services and might not be represented in the published literature? He argued that what seems ‘barren ground’ might in fact be quite vibrant when examined on the ground. This led to a discussion around the ways in which knowledge is produced and disseminated and the partial forms of knowledge-making that are represented in research productions. Norha described the disconnection between international development projects and what is being done in day-to-day practice which is not communicated in scientific journals.

Sumeet argued that we may need to think about evidence differently in relation to research on recovery in the global south. For people in the global south a question that could be asked is ‘what is it that we are recovering from?’ Is it about surviving poverty? Language is also important. Concepts such as ‘service user’ may not be meaningful where there are few services. In these contexts there may be a need for different types of intervention to address these kind of needs.

Another participant argued that the mental health perspective presents a very narrow lens on recovery which should rather be approached through the lens of social justice. Grace noted that global mental health is very research focused and queried the extent to which research can bring about change. Are we involving the right people and asking the right questions? There are some projects which, though effective, may find it difficult to generate evidence that convinces policy makers. Recovery is often pre-defined and measured through narrow criteria such as the number of hospital admissions. Soumitra added that even with good evidence one cannot expect that this will be taken up into policy.

The symposium raised many questions relevant to the research of WS2 and the wider Mental Health and Justice project. A special issue is planned drawing on papers from this symposium and a complementary panel on “problematising social interventions in the global mental health” convened by Rochelle Burgess and Sumeet Jain at the UK Association of Social Anthropologists.